Native or cross-platform – what should a novice mobile developer choose? Experts answer 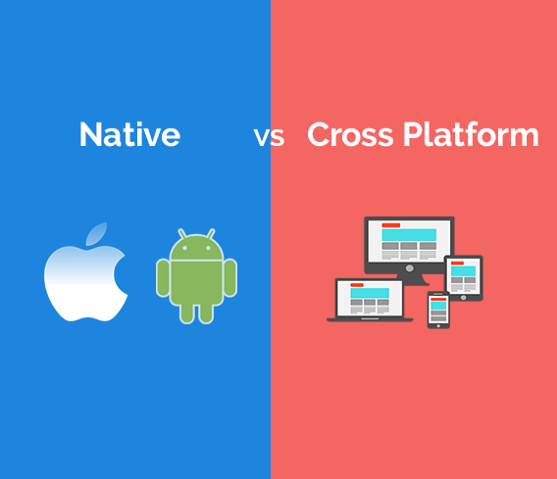 It would seem that a cross-platform development makes it possible to create universal applications for different platforms. You write the application faster, immediately release it everywhere and Bob’s your uncle – profit! No native development is needed. Or is it still needed? We asked several experts about the nuances of both approaches to mobile app development.

There is no single answer to this question. Everything depends on the goals. Often the development team of a particular company sticks to one of it. For example, they want to work only on iOS devices. It turns out that your goal is to thoroughly study the Objective-C platform and Swift.

If you work as a freelancer or if there is a goal to cover the maximum number of devices with minimal funds, focus on cross-platform development in case of focusing on mobile solutions or working as a front-end developer.

But the plus is that the infrastructure is already formed and understandable. You get access to any device resources and can develop apps for smart watches, cars, and more.

Cross-platform development is also a cool thing. But it is not yet highly developed in the IT labor market. One can count brainy specialists on the fingers of one hand. The framework infrastructure is young, but the situation is gradually changing for the better. This development makes it possible to write for several devices at once. Even if you write in Flutter, for example, it integrates easily with native code.

The market for mobile applications is actively developing, and the set of technologies for their development is growing accordingly. There is a fair amount of tools that you can use.

For native development on the Android platform, there is Java or a wrapper over the JVM – Kotlin. For iOS, you can use Objective-C or a wrapper over it – Swift. These are all OOP languages that have inherited a lot from Smalltalk and C.

For cross-platform development, Flutter from Google is now used, and you will need to know Dart for that. Or React Native by Facebook.

For a novice mobile developer, most likely, your past experience and knowledge of languages will be the determining factor. If Java is the basis of your toolkit, you will be able to learn the world of mobile development through the Android platform much faster using the same Java or Kotlin.

At the same time, Objective-C for iOS development has taken a lot from Smalltalk, like Java, so if you wish you can make a choice in favor of iOS. But keep in mind that Android development can take place on Windows or Linux, but iOS requires MacOS X. But for a JavaScript developer with knowledge of React, React Native is obviously the fastest way. Just like for Dart developers, the choice will be in favor of Flutter.

After a novice developer gets an idea of what mobile development looks like, what are the pros and cons of the chosen path, he will decide whether to work with either of the approaches, or solve problems using cross-platform solutions.

This approach has its advantages: the cross-platform method makes it possible to release a project into a productive environment a little faster and using fewer resources. In addition, it is easier to maintain. But it also has obvious disadvantages for both the developer and the user. For example, a developer does not need to know native technologies, but platform guidelines must be taken into account, since an application written according to iOS guidelines will cause difficulties for Android users and vice versa.

Cross-platform apps cannot achieve the same level of device integration as native apps. That is, if the application is talking about interacting with the device, for example, with the camera, calendar, or using the computing power of the device, then this is easier to achieve using the native approach, and it will be faster and more productive.

When developing a cross-platform application, specialists take into account the capabilities of the framework, which imposes restrictions. It is also worth considering that in order to develop a product on native technologies, you will require specialists for each platform.

Summing up, we can say that the cross-platform approach is suitable for simple applications that do not require deep integration with the device, as well as for the rapid development of a prototype of a complex project for several platforms. Where serious integration and data security is needed, the choice will be in favor of native technologies.